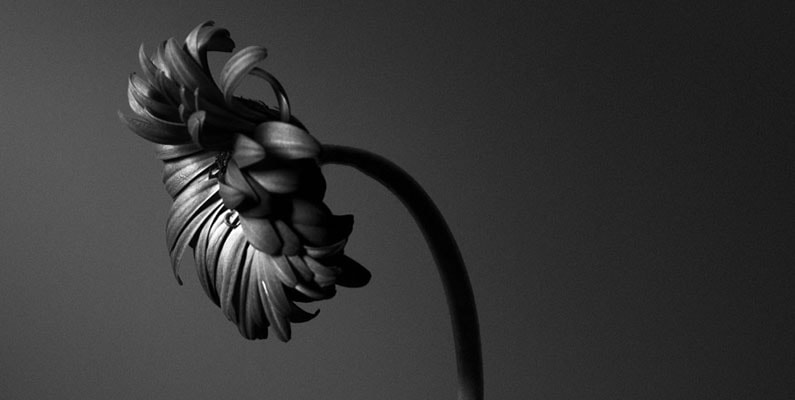 In this article I will give an example of how to approach a black and white still life photograph using my method of black and white post processing, following the phases as mentioned in my article. I will also give insight into my specific vision that precedes the processing phase: if you don’t have an idea, a visual and imaginary presentation of how to process it, then the technique is rather useless. But maybe more importantly: I’m trying to make a case for still life photography to hone your compositional skills and to learn how to really SEE things by showing the work of some famous still life photographers and how they make the ordinary look extraordinary. 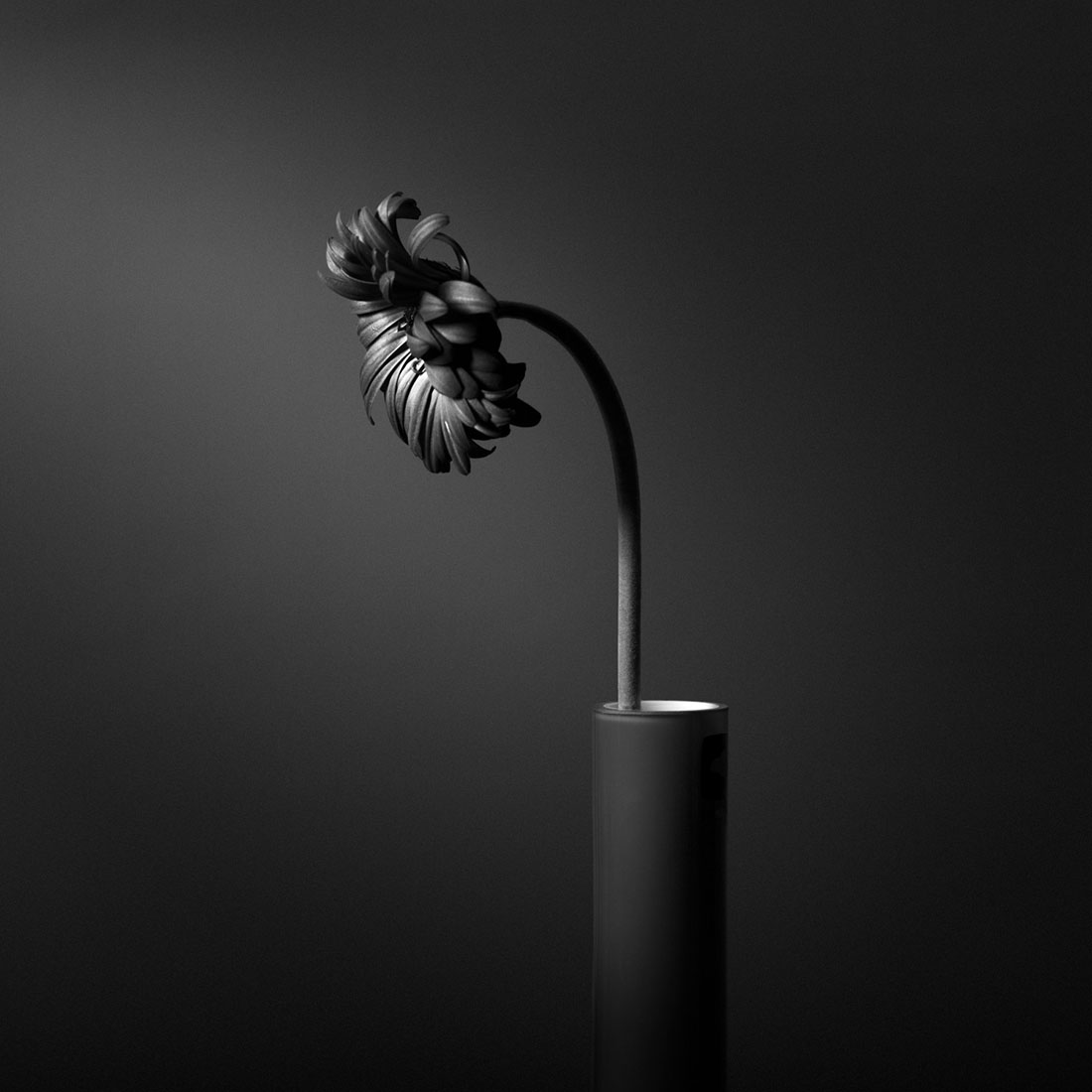 Although this is obviously a very important phase, the phase in which “you choose the marble to cut off from the rock to sculpt it and bring it alive according to your artistic vision” to use an analogy from the art of sculpture, I’m only going to highlight a few aspects regarding the capturing of still life photographs, that may help you when shooting still life yourself. In this phase of course the following aspects are important: 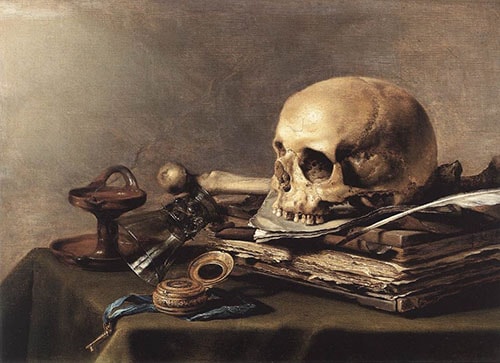 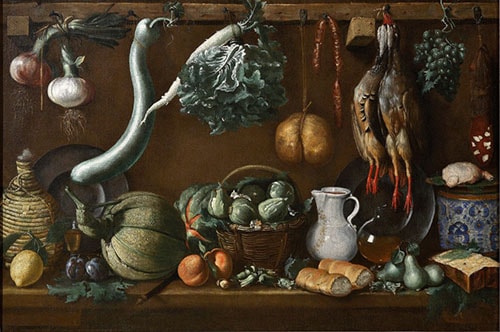 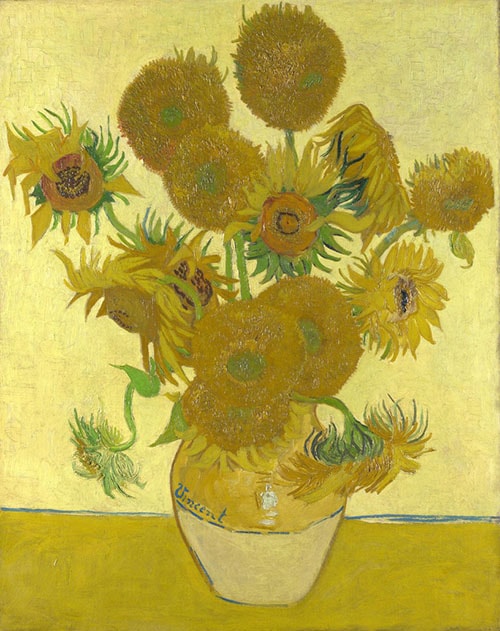 Below are 2 quick examples of still life photography with the tilt shift lens, straight out of the camera, using two studio lights and a background system. First photo shows use of the tilt shift lens with an aperture of f/7.1 and using the tilt feature in such a way that overall sharpness of the subjects is achieved. The second photo shows the use of selective focus by tilting the TS lens so that only part of the flower is in focus and the vase is slightly blurred. 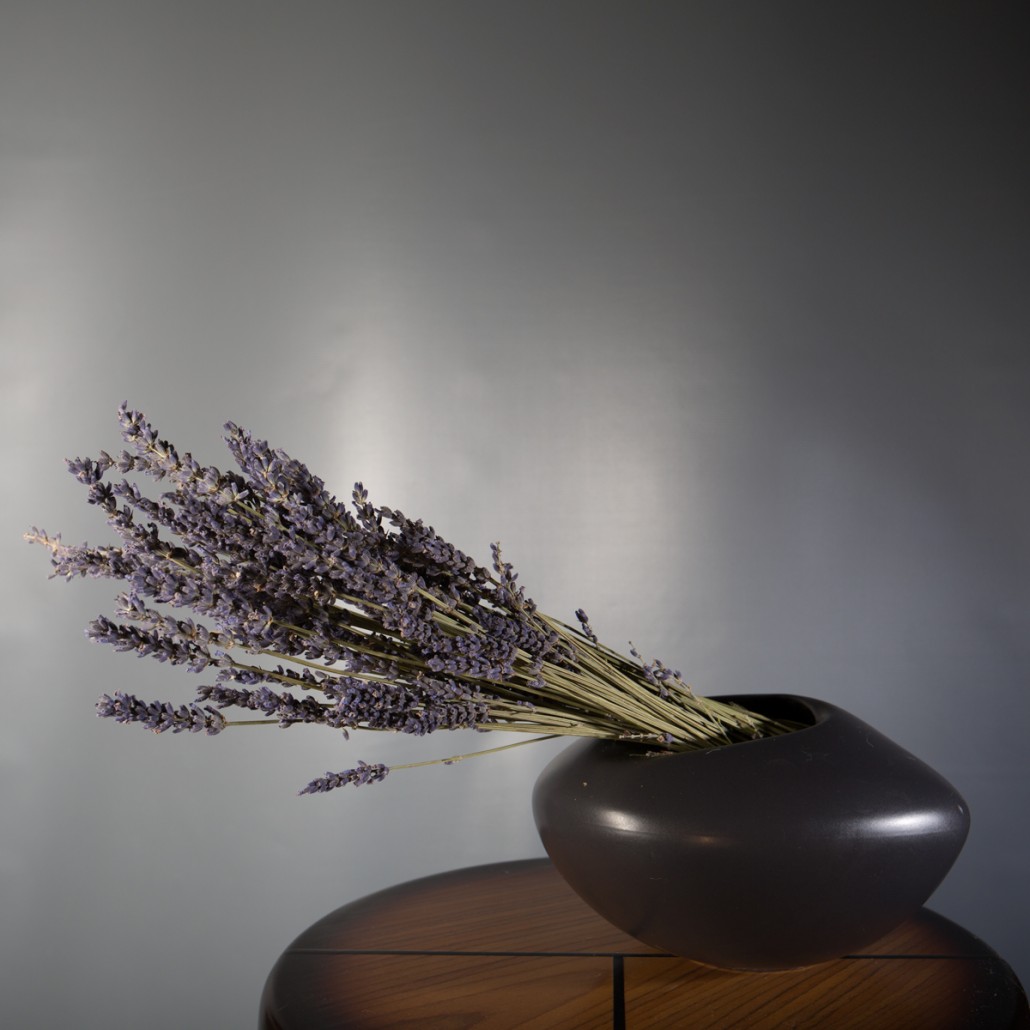 Still life with overall sharpness with a tilt shift lens

Still life with selective focus by tilting the TS lens

I will now introduce a few masters of photography who not only know how to capture such seemingly trivial and uninteresting subjects as still life, but also know how to bring them alive in their presentations and make it look as if there isn’t anything more beautiful. I can recommend studying their work, even if you’re not a still life photographer, just because the value isn’t in the subject matter that they’re using for their photographs, the value is in the way they see things that can make any subject extraordinary. The notion that many photographers have that you can only create a beautiful and extraordinary photograph by photographing exotic subjects or locations, is indicative for the way most photographers tend to see and perceive. It has little to do with seeing but more with a lack of imagination. The real art is seeing the extraordinary in the ordinary.

The famous and iconic Pepper number 30 photograph by Edward Weston is a fantastic example of how a common subject can become something very intriguing and even mysterious when observed and photographed by a photographic master. Edward Weston’s approach to still life photography is very much straight forward, not using any additional compositional elements other than light and shadow to make his subject come alive. It’s something very commonplace made extremely unusual, just by seeing the intricate beauty of a specific subject and make it come alive using light, shadows and black and white to the subject’s advantage.

“Anything that excites me for any reason, I will photograph; not searching for unusual subject matter, but making the commonplace unusual.” – Edward Weston

Photographer Robert Mapplethorpe is another master of photography, well known for his often provocative nude photographs of both males and females, but also for his studies of Calla lily flowers and other flowers. His compositions of still life are more complex than Edward Weston’s photographs of still life, often times using geometrical shapes formed by shadows or by the props he’s using like beautifully formed vases or just the shape of a (book)shelf. Most of Mapplethorpe’s still life photographs is in black and white but I think his color still life work is equally breathtaking.

“…My whole point is to transcend the subject. …Go beyond the subject somehow, so that the composition, the lighting, all around, reaches a certain point of perfection. That’s what I’m doing. Whether it’s a cock or a flower, I’m looking at it in the same way. …in my own way, with my own eyes.” – Robert Mapplethorpe

Another famous photographer of still life is Czech photographer Josef Sudek. He became well known for his atmospheric photographs of the city of Prague but I’m particularly fascinated by his beautiful still life photos. It almost looks as if he adopted Henri Cartier-Bresson’s decisive moment concept and applied that to still life photography. As if he came across those still life objects by coincidence and didn’t even bother to arrange them into a composition. They all exude so much atmosphere.

“I believe that photography loves banal objects, and I love the life of objects.” – Josef Sudek 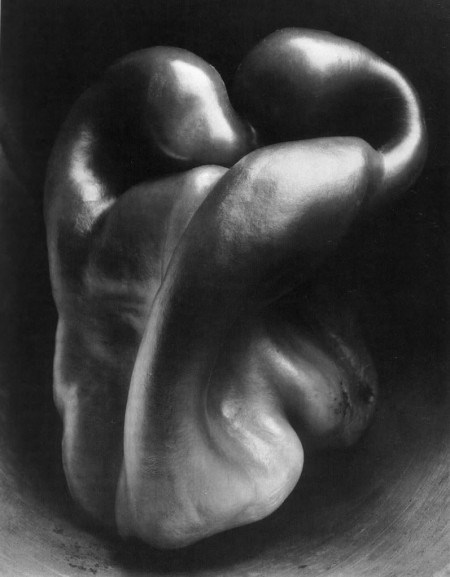 Once you’re in this phase of creating the photograph, it all revolves around control of the image to create a fine-art photograph according to your envisioned image. As I explained in my article on post processing techniques in the digital age, control can be achieved after identifying and then isolating the most important shapes and light in your photograph. The subject doesn’t matter. I’m mostly known for my architectural and seascape photographs and if you read my blog on a regular basis you will find many tutorials on how to apply my post processing method of iSGM2.0 to architectural photographs. I’m going to demonstrate now, using my So What still life photograph how to process a still life to black and white using my method.

Here are the two photographs. Obviously the color photo is the version as it came out of the camera and the other one the final processed version. The version that matched my internal vision. 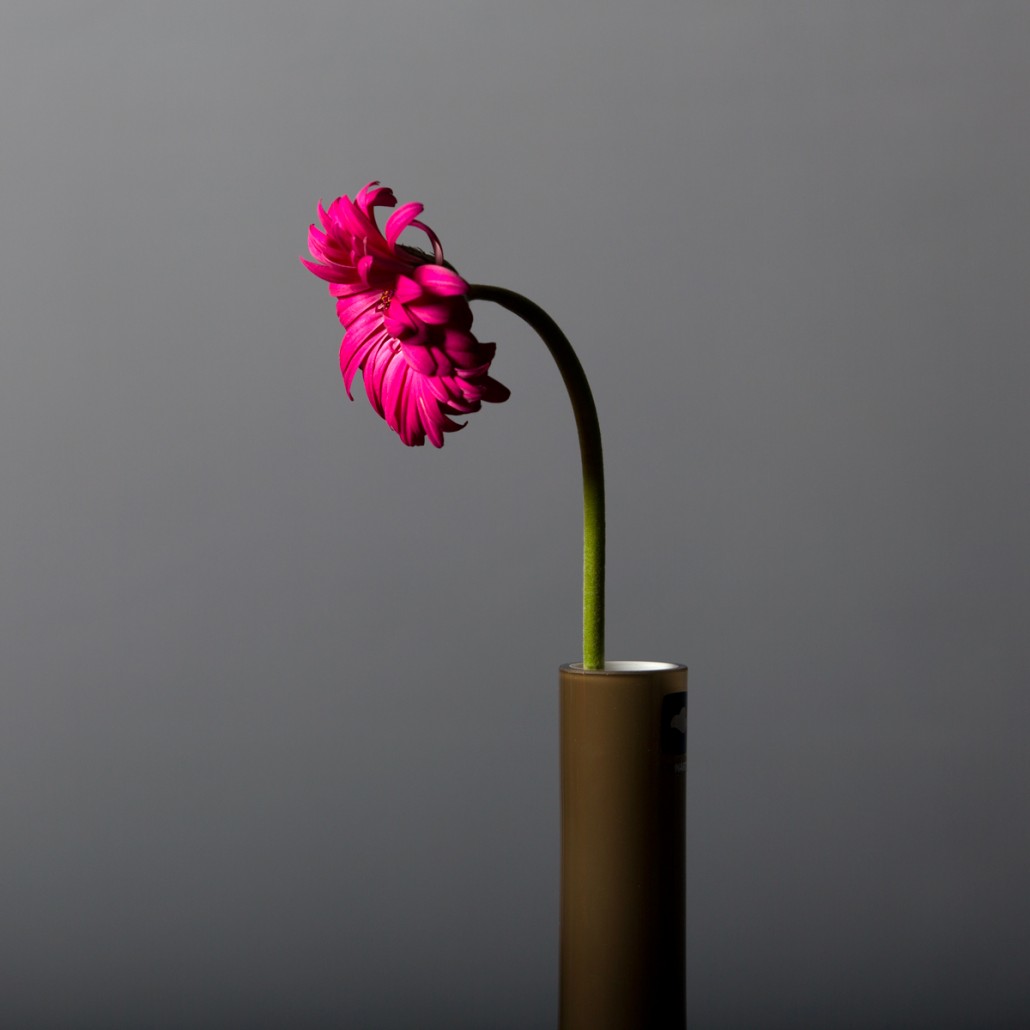 Instead of explaining in detail how I processed this image, I do think that’s the least interesting part and besides you can find all about my black and white photography post processing method in my free tutorials on this website, my video tutorials or the book (scroll down to the conclusion to see all the links and details), I’ll try to explain how I came from the color version to a version that looks like it looks now on a conceptual level. The question I imagine many people would ask: why that specific version? What were the decisions you’ve made that lead to that version?

Looking at the color photograph you will see that even though the color palette is a very interesting one and matches with the triadic color scheme, I’ve decided to not go with color but with a black and white version. If you know my architectural work and my generic approach behind black and white post processing then you would know that use of selective contrast, not global contrast, and use of darker mid grays and emphasized shadows are part of my signature style. I didn’t want a completely black background like you would see in my Calla Lily photographs but a dark mid gray background. Since I didn’t want to overpower the viewer with dynamic contrasts all over the image I chose to process the flower and vase in similar mid gray tones as the background with subtle selective contrasts to isolate the flower from the background. Subtlety is key for this image. Below are two color versions with various notes in it. Both are similar representations of my general idea but the second one contains the translation to distribution in tonal zones. As you can see by the hotspots the idea is to use tonal zones that are adjacent to each other with a subtle difference in light/dark across the center of the image where the subject is. The highest difference in contrast is between the white inside of the vase and its surrounding (to give it a subtle sense of depth) and inside the flower itself. The principle of using selective contrast to lead the viewer’s eye effectively inside the frame. I’ve enclosed the highlights inside the flower within mid gray tones that are close to the mid gray tones directly outside of the flower but yet different enough to isolate the flower from the background. Part of the idea is to integrate the flower within the frame in a non obtrusive way by using similar or adjacent tonal zones for adjacent areas. Areas farther away from each other can have higher contrast but again adjacent areas should transition in a subtle way into other areas to reduce the contrast. The highest contrast is therefore inside the flower to ‘lock up’ the viewer inside the flower. The overall result is a minimalistic image that has a calm, austere look and feel to it, due to the largely soft contrasts throughout the image and only high contrasts in selective areas. 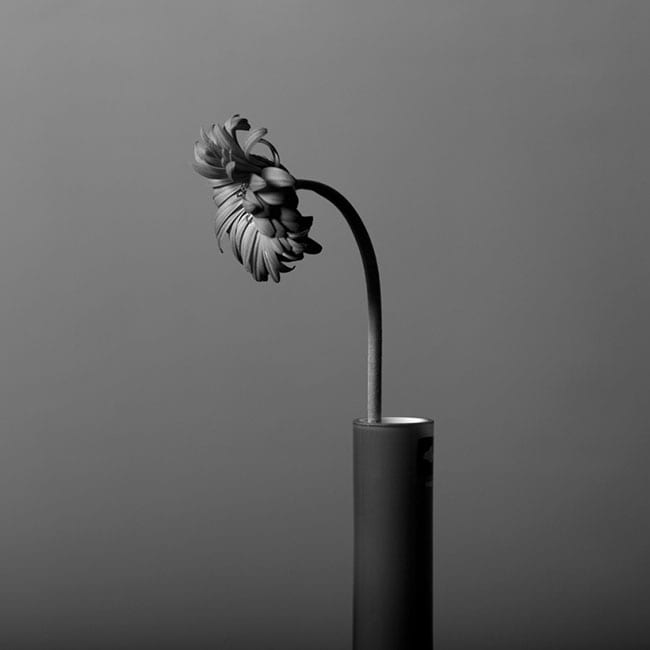 Neutral black and white conversion for the vase 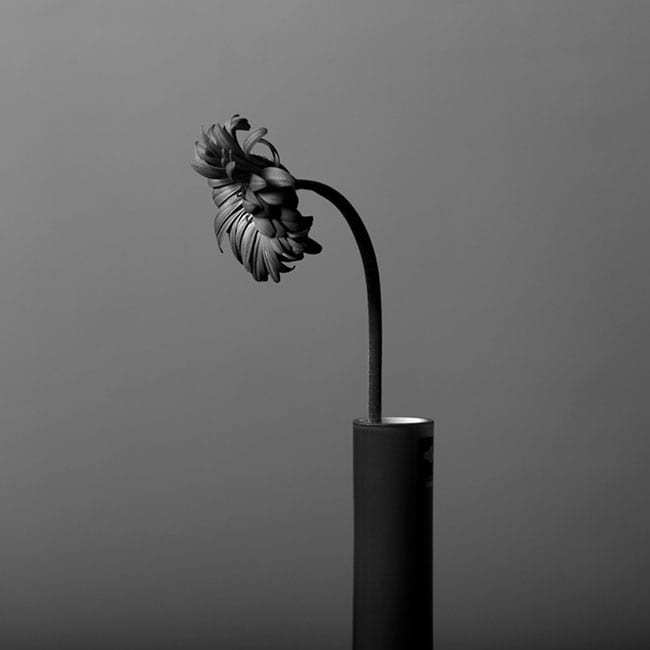 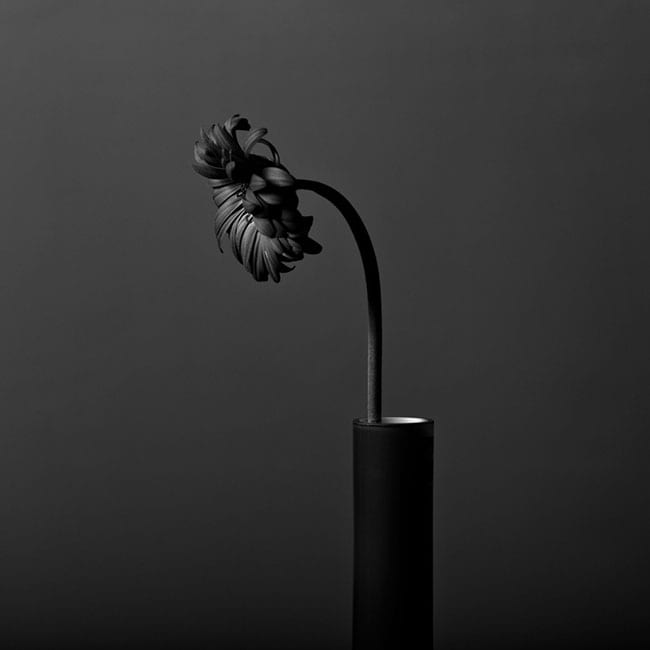 Underexposed conversion for the dark background

Photo 1 is the neutral conversion for the vase. Photo 2 is also a neutral conversion but this time with a blue filter to increase the darker tones in the flower itself but with soft contrasts. It almost has a velvety look and feel to it. The dark mid gray look of every element in the frame was important and the flower needed to have the visually most appealing dark mid gray tones with only selective contrasts. Some readers may argue that I also could’ve used this version for the vase, but the vase is due to the blue filter too dark and flat. Photo 3 is the underexposed version, primarily used for the darker background only.

After this it was just a matter of applying my iSGM2.0 method of black and white post processing, using one hard selection for the outline of the flower and vase together so I could isolate it from the background and several soft selections or luminosity masks for the isolation of light. Combined with the use of layers, layer masks and both the linear and reflected gradient tool, I merged the images together and manually added the highlights in the flower using luminosity masks. I also used the luminosity masks to increase sharpness in specific areas.

In a nutshell these are the following steps I used to create the image:

Hopefully you will agree with me that photographing still life isn’t a boring photography niche at all. It requires a lot of the compositional skills of the fine-art photographer and even more of his perceptive skills. The real art in photography is to see the beauty in the mondaine and make it extraordinary just by really seeing instead of just looking. Seeing in this context is a way of looking at things with higher awareness. Seeing leads to more aware perception. If you really see then subject matter shouldn’t really matter in expressing your unique view on the world. Whether I shoot architecture of flowers, there’s always the same conceptual idea, the same kind of awareness of shapes, light, shadows and how they interact to create an impression. This impression, filtered through my mind, can be the ‘marble’ I seek to cut off of this rock to sculpt my creation. Subject matter is almost irrelevant. Shapes and light matter more.

Or perhaps you’re looking for more personal (one-on-one) guidance through one of my (online) workshops or online portfolio reviews: check my workshop page for more information