Taking your black and white images to the next level – Part 2: Adjustment Layers

If you’ve followed this series of tutorials, you should be able to make a decent looking black and white image in Photoshop. A good conversion method combined with some dodging and burning is really more than enough for most people to create a good black and white image. But, there’s just one more technique I would like to share: adjustment layers. It’s something I quite often use and I find it very easy and very helpful.

Adjustment layers – What is it and what does it do?

An adjustment layer is a layer with a specific adjustment, predefined by the user. This adjustment will be invisible, but can be made visible to whatever extent you want. Here’s an example to make this clearer.

Here we have a picture that’s already converted to black and white with Photoshop. It looks quite decent already, but I would like to make the sky a bit lighter. We could just go to Curves and do our adjustments right there. The problem is that not only the sky would be lighter, but the entire image. This is where Adjustment Layers come to play. With this tool it’s possible to make the sky brighter without affecting the rest of the picture. 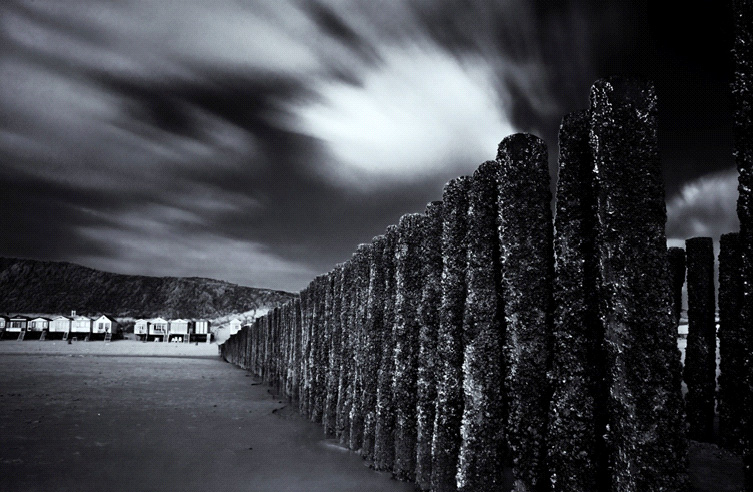 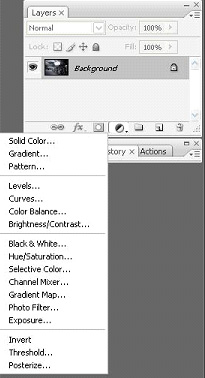 Let’s take a look at the Adjustment layers. You can find this tool under your Layers pallet, it’s the circle that’s half black and half white. Click on it with your left mouse button and it will open up the following menu.

There are quite some options under Adjustment Layer. I will only explain one. All of those options pretty much work the same, they just give different effects. The Adjustment Layer I use the most is Curves. Let’s take a closer look.

Click on Curves and a Curves dialog box will open. I want the sky a bit brighter, so I move the graph a bit up. 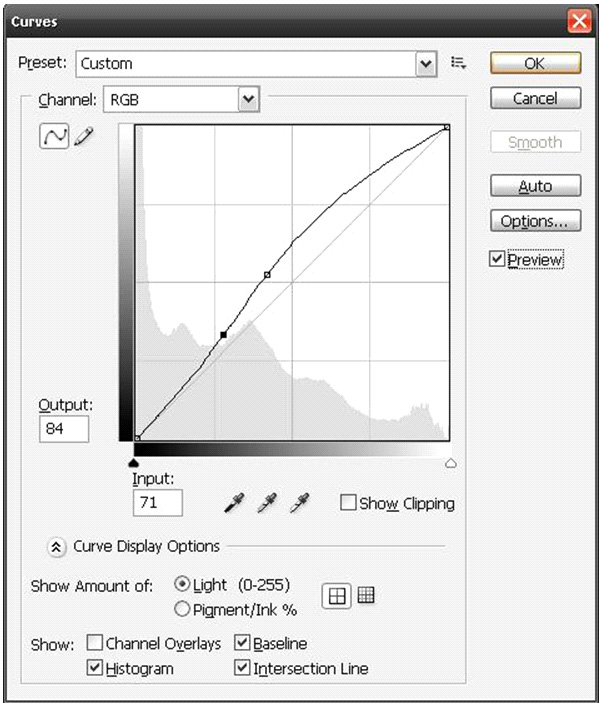 As you probably will notice, the entire picture will look brighter. An important tip when using Adjustment Layers: only look at the area you wish to adjust, don’t pay any attention to the rest of the picture. If you think that the area you wanted to brighten or darken looks all right, press ok.

The entire picture has gone brighter, but I just want the sky a bit brighter. I will fix this in a minute. But one important thing first: Your original image is right beneath the Adjustment Layer. You can bring up any part of the original image by selecting a black brush and painting on those area’s you want to come back. You must off course paint on the Adjustment Layer.

What this means is that if I wanted to only make the sky brighter, I would have to paint the foreground with black.

There’s just one problem: how do you make sure you didn’t accidently brushed parts you didn’t want to? Hold down you alt-key and left click on the adjustment layer.

This will open up the mask and shows the parts you painted black. To return to your original image, hold alt and left click on the adjustment layer. If you however noticed some mistakes, you can correct them by using a white brush. Simply paint over the black areas with a white brush and your mistakes are undone. 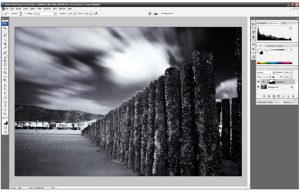 If you are applying an Adjustment Layer to your image, the effects of the adjustment will be visible over the entire image. I wanted to make the sky brighter, but in doing so I had to paint to foreground back to its original state. That kind off feels weird to me: in order to make the sky brighter, I’ve got to paint to foreground. It feels so reversed. Here’s a tip for you. If you feel the same as I do, simply press ctrl+I, after you selected the adjustment you wanted to do. The Adjustment Layer will now look the same as the original image. That’s because the adjusted image is now hidden underneath the original image. To bring up the adjusted image, simply paint with a white brush over the areas you want to bring up.

Also, there are no limits on how many adjustment layers you wish to make. I could use an adjustment layer for the sky, the sand, the posts, the hills, the houses…et cetera.

As you can see, the Adjustment Layer tool is really helpful but there’s even more to it. 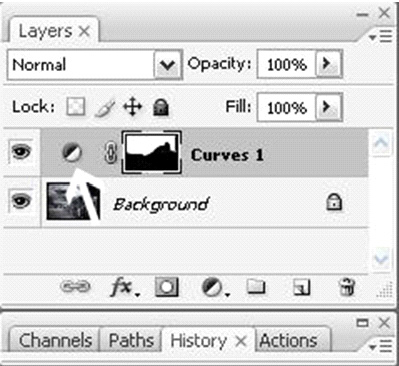 Let’s say I don’t find the sky bright enough. There are two main solutions to fix this.

The Adjustment Layer tool is a fantastic tool that gives you total control over your image. It’s easy to use and great for making your black and white images even more outstanding in Photoshop.
[vslider name=”bannersbottom”]