Column 3 with my short opinion on current (photography) affairs or just another short thought related to photography. In any they all only express a personal opinion. Today’s column is on portraiture and self-portraiture in photography.

But first, when Minor White states that all photographs essentially are self-portraits, then I am assuming he’s referring to fine-art photographs, as that is the only type of photography that has a different meaning (subject matter) than what you concretely capture in the frame (object matter). More concretely, the clouds that Stieglitz photographed for example and called Equivalents weren’t meant to be clouds, they were meant to symbolize specific emotions or experiences he’s had. A mirror of the psyche.

Back to the topic at hand.

One might hope that we’ve already come to the point that we all know that fine-art is more than just a beautiful photo. Consequently, this part is not about the glamour-portrait, the fashion portrait, the editorial portrait, the corporate portrait, the news or documentary portrait, but about the fine-art portrait. What separates the latter from all the former portraits? All non-fine-art portraits have but one goal and it’s not a fine-art one: to capture a person for a specific purpose – sometimes commercial, sometimes documentary – other than the purpose of the artist’s self-expression. The sitter is then to be taken literally the way the sitter wants to depict him/herself or the product the sitter is promoting. In other words object matter (what is captured in the frame) = subject matter (what is conveyed). Whereas in fine-art portraiture the sitter is nothing more than a symbol for the artist, a concrete object in the artist’s frame, for the artist to depict the artist’s ideas and emotions.

Let’s dig deeper into what a fine-art portrait really is. If the philosophy behind fine-art is something along the lines of Stieglitz’s Equivalences, that what you capture shouldn’t be taken literally but is a symbol of a feeling, an emotion, an experience you want to express, and therefore the object-matter (the object photographed) is not equal to subject-matter (the intention of the photograph) then how does this apply to fine-art portraiture?

That doesn’t sound as if we’re trying to take the sitter in a symbolic way, and that also sounds as if what we as artists are trying to say, is completely irrelevant because here the sitter becomes important and is both object matter (the thing photographed) and subject matter (the intention of the photograph). No matter if we’re trying to capture the sitter’s ‘soul’ or ‘essence’. And then it simply becomes the same thing as the commercial or documentary portrait where what you see is what is meant, not so much by the artist, but by the sitter.

Personally, I don’t believe that you can capture someone’s spirit, or soul or essence, by just merely looking at someone’s physical features and deriving someone’s internal personal traits by how we perceive their physical traits. The way a person looks, the way a person looks at you and behave, the emotion the person seems to show, they may not be what they really are and are all subject to interpretation, and often wrong interpretation. If a person looks beautiful with a soft look in the eyes, then that says nothing about the person’s character. Just like you can’t measure someone’s intelligence by how high the forehead is. Those are principles that are outdated, and even politically incorrect. Someone’s external physiological features say nothing about the person’s internal features. About the person’s character.

What I believe is that in fine-art portraiture we try to portray something in the other, what we as artists think we desire, miss, or recognize in ourselves. The sitter then serves as a mirror of those qualities in the other we deem important for ourselves. Every portrait then becomes essentially a self-portrait.

What we capture is not really the sitter, but oneself and that is what we try to express: one’s own desires, one’s own grief, one’s own imperfections, one’s own mortality, one’s own privations, and shortcomings. The sitter is the symbol, the meaning is ourselves.

And what if we take a real self-portrait of ourselves?

Here again, there are 2 versions: the fine-art self-portrait and the one that is not fine-art. To start with the latter: what we actually try to express when we consciously take our own portrait, where the taker and the sitter are one, is the idealised or self-deprecating version of oneself – no matter the fact that the idealized version of oneself is more common than the self-deprecating version of oneself – the one we are not but only imagine to be. This is the type of self-portraits that don’t reveal the internal self, not even an imaginary internal self, but an idealized external self of the type that has become ubiquitous on the Internet to the point it has surpassed being even more superficial than the corniest cliche.

Which brings me back to something I said around 10 years ago, I believe it was on my Flickr photo profile on self-portraits and fine-art photographs, even though I didn’t make that distinction between fine-art and not fine-art yet:

Self-portraits are in my view quintessential for how an artist views the world. The photographer captures the world around him and shows us how he views the world. But this world also consists of the artist him(her)self. Any world without a view on the artist himself through his own eyes is not a complete view of the world. Show me a thousand beautiful photos by a photographer of the world around him, and I will only know half the person. But show me also one self-portrait, and I will know the complete person.”

On a side-note: Isn’t it strange that back then, without having the knowledge and experience I have now, I intuitively came to the same conclusion I come to now in a largely rational way?

I would state though, that it is more difficult to create a fine-art self-portrait without trying to idealize (or self-deprecate) oneself, and not only be honest and courageous enough to show one’s weaknesses, sins and vulnerabilities in a very conscious way, but also have the awareness that you even have them. And when it happens, it is a very powerful self-portrait, more powerful than the subconscious self-portrait. Aren’t the most powerful portraits ever not the iconic self-portraits from Rembrandt and Van Gogh? 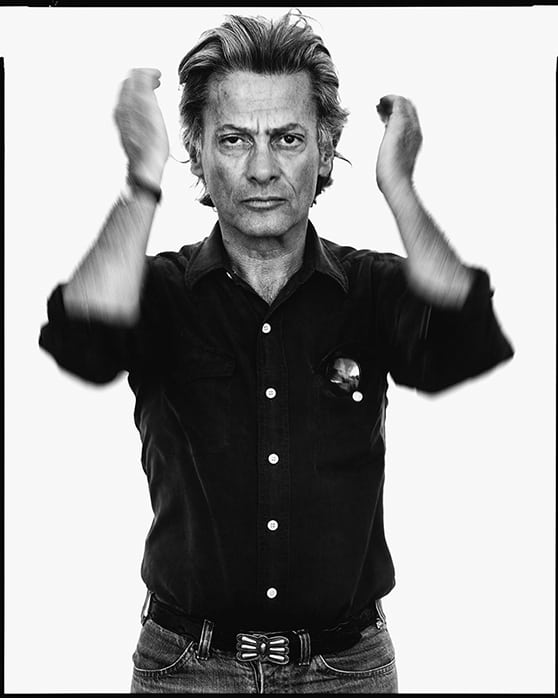