But fine-art also has a very important visual and aesthetic element. Without a strong visual trigger, the meaning of a photograph wouldn’t be effectively conveyed.

This article describes and suggests a practical step-by-step method for fine-art processing, purely seen from an artistic and aesthetic point of view without going into the technical aspects of Photoshop at all, as I firmly believe Photoshop skills shouldn’t be decisive. And I will try to demonstrate that you can actually do with almost no Photoshop knowledge at all to create high-end gallery worthy and award-winning prints.

All you need is an artistic spirit, even though there are few other elements that are also of great importance during the shooting phase and are of a technical/mechanical nature. But I doubt you’d be reading this without any basic camera knowledge.

When it comes to strong photographs then we have to give importance to depicting strong shapes. Some of the greatest photographers in history have taught us that. Just have a look at some of Irving Penn’s portraits and what he said about those: it’s all about the shape when we consider the pure visual elements of a photograph.

A photo without a strong shape is like an orator with an insecure squeaky voice. Imagine Martin Luther King’s famous speeches orated without conviction and without power. The volume, pace, timbre, and intonation of the voice in speech are the shapes and lines in a photograph.

Strong shapes are essential. And shapes are defined by contrast edges. We see shapes and recognize instantly what that shape represents, without even looking at the details. Neuroscientist and author of the book ‘Vision and Art – The Biology of Seeing’ Margaret Livingstone already stated that we recognize shapes through our peripheral vision that is focused on detecting contrast edges, not on details.

Contrast edges define shapes. The stronger contrast in the edges the more clearly and instantly a shape is recognizable. 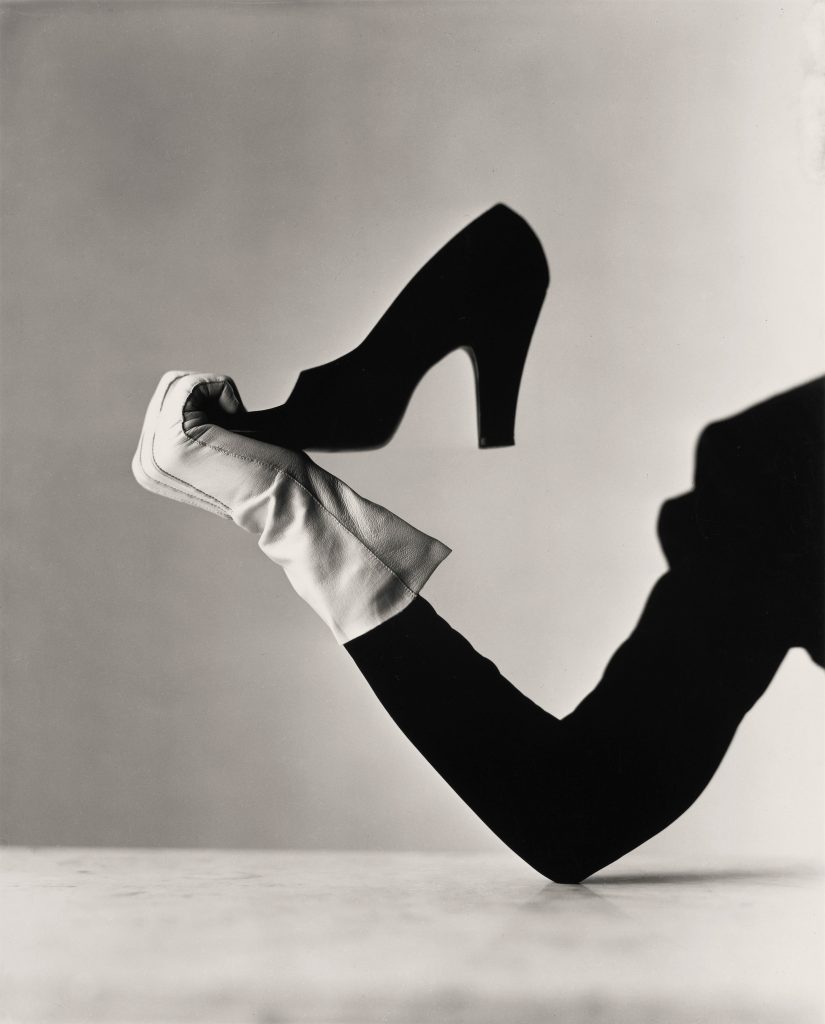 Glove and Shoe, New York 1947 (c) The Irving Penn Foundation – an example of the emphasis on shapes, less on details 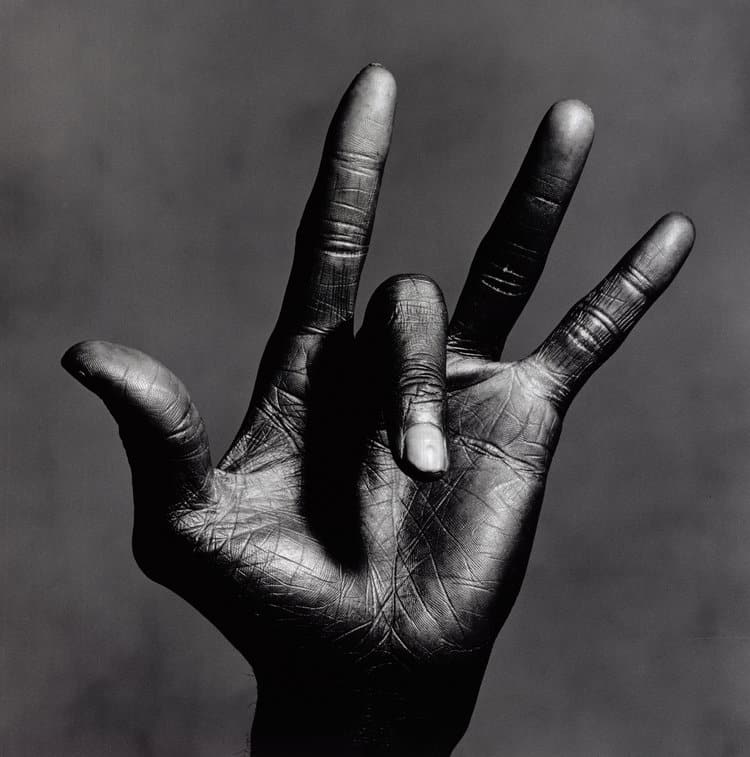 We perceive shapes by mentally detaching them from their surroundings and recognizing them as distinct and coherent. We refer to this relationship as figure and ground. A figure is the shape we detach and focus on; the ground is the surrounding visual information the figure stands out from, the background.

So it’s about shapes that:

The ingredients for a strong image

So there we have all the necessary visual ingredients for a good image:

What about color? Surely colors create mood, but never depth – depth is a purely monochromatic affair of dark to light and vice versa as depth perception only takes place in the colorblind part of our brain. Colors don’t define shapes either, contrast edges do. Colors are symbolic. And I do love colors, and if applied correctly and with thought, can add mood to a photograph and emphasize shapes and planes, even create perceived movement. But that’s another topic I’ve already briefly touched on in some of my articles.

A Practical Example and Schematic Overview

So how does this information translates to an actual image and how can I do that? For that purpose, I created a schematic overview and the Youtube video tutorial below in which I explain step by step what to do with a Figure, once you’ve decided what your Figure is, first during the shoot, and then in post-processing. Then what to do with contrast edges and how they translate to selections that need to be created and finally how to create depth in an image. You can do everything manually if you’re an experienced PS user, or you can use my new B&W Artisan Pro X panel that will do everything for you, except for the creation of selections. I can promise it is easier than you think to create strong images where strong shapes and depth play a prominent role if you have just a hint of artistic vision. And even easier and more efficient if you decide to buy the panel as it is designed around the principles of Figure-Contrast-Depth. 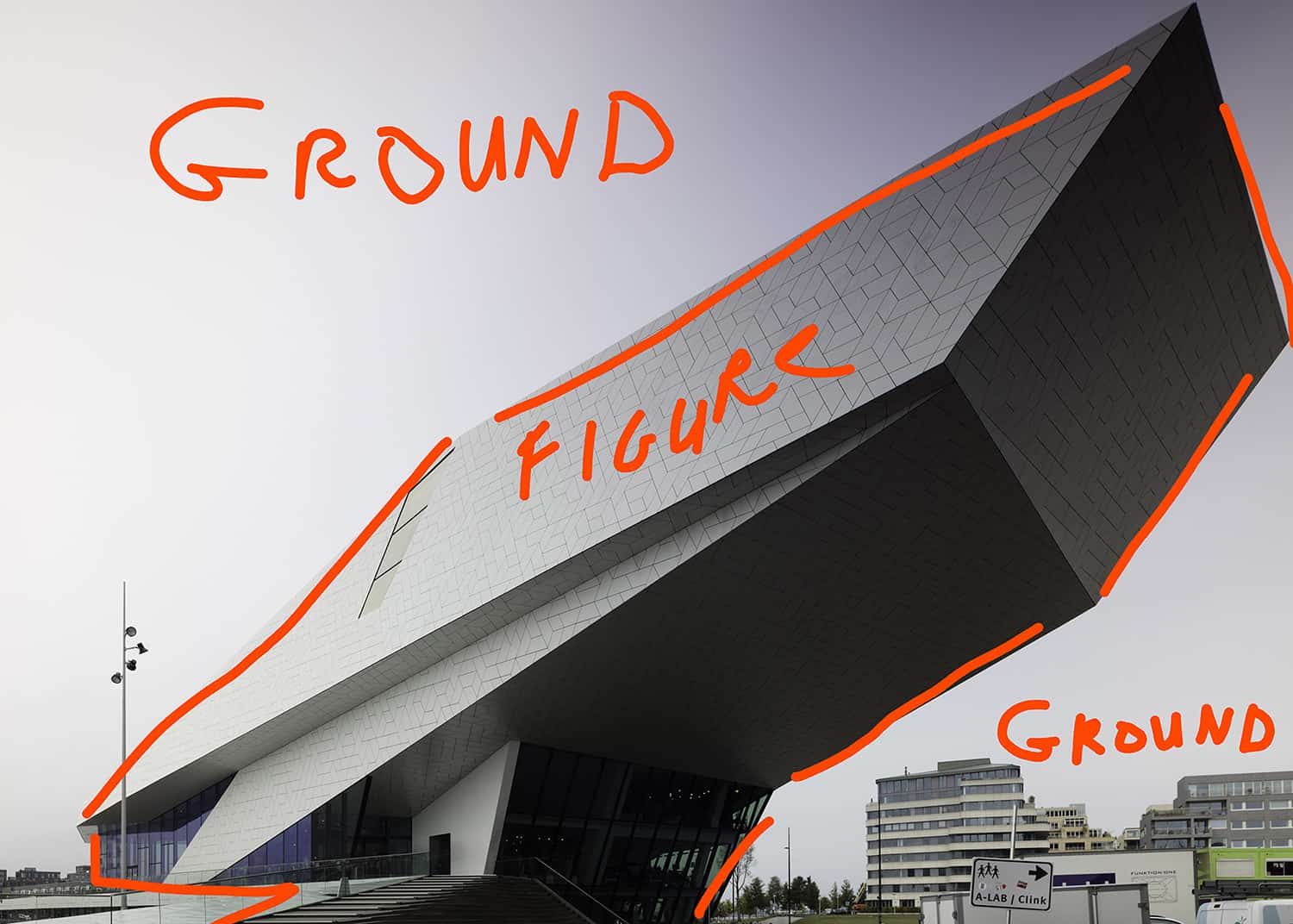 1. Start with a visual roadmap of the photo that indicates ‘ground and figure’. The ‘Figure’ and ‘Ground’ should be the same as during the shooting wherein the composition, aperture,  exposure, focal length, etc. are set-up to give importance to the ‘Figure’ so it can be easily detached from the ‘Ground’. You can do this in your mind if you’re used to doing this, or else just make notes on a separate PS Layer – it reveals the ‘challenges’. 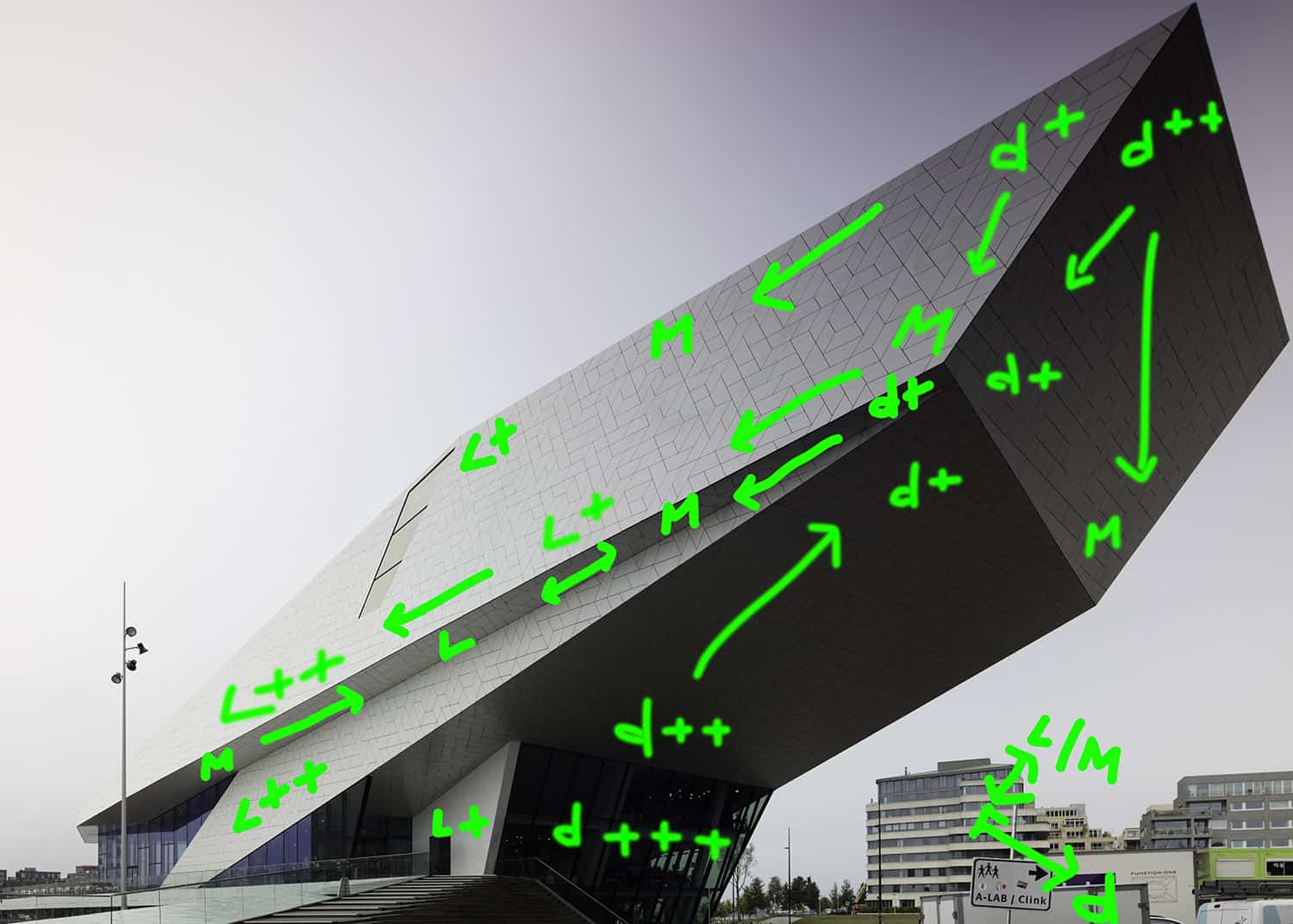 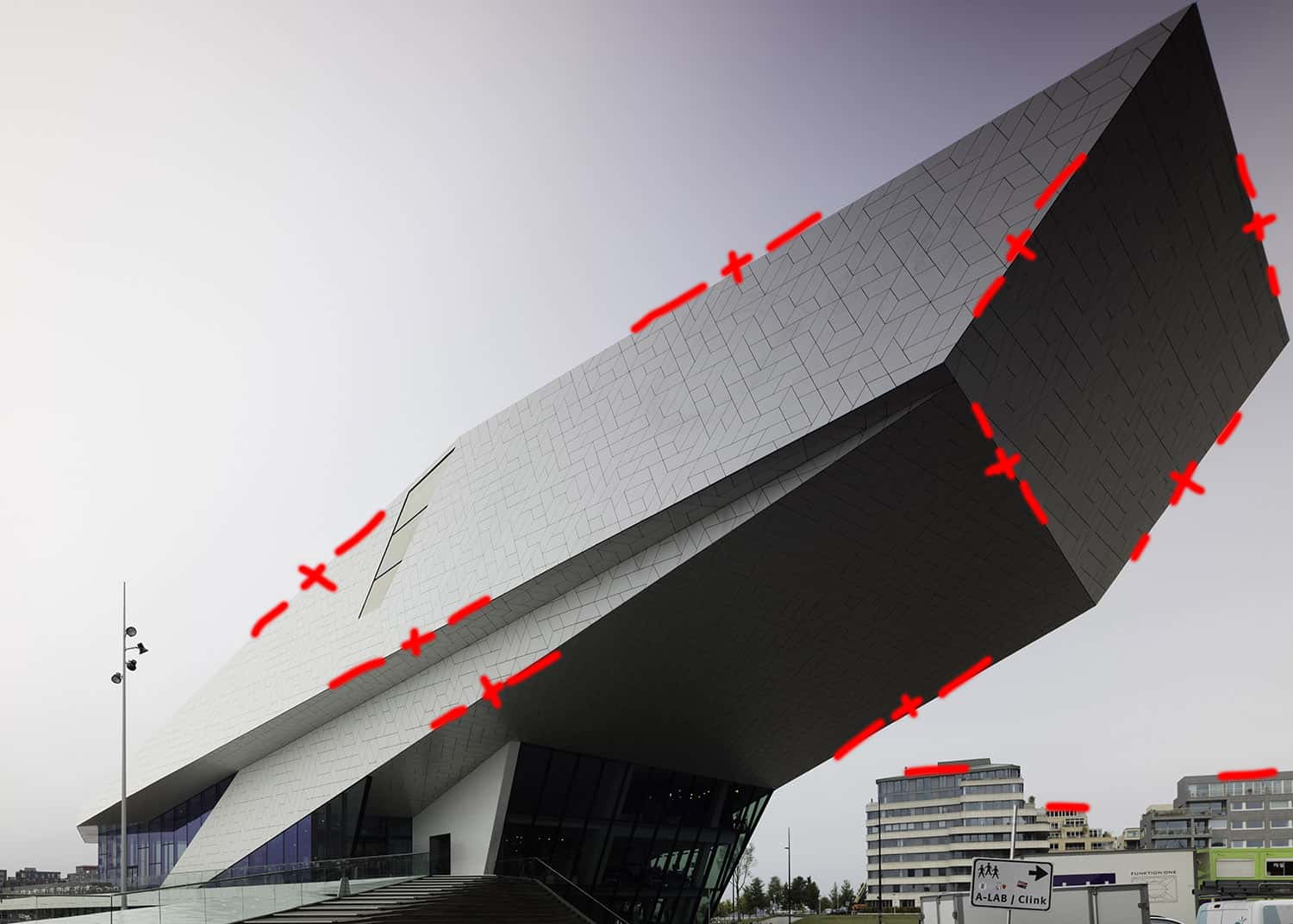 2 . Based on what Ground and Figure are, now determine the contrast-edges in the photo to emphasize ‘Figure’ and bring out its shape. The contrast-edges also indicate the selections you should make – the selection detaching Figure from Ground is the Critical Selection, usually the sky. All other contrast-edges within the Figure or the Ground, indicate sub-selections that are less critical but needed to increase or decrease contrast. 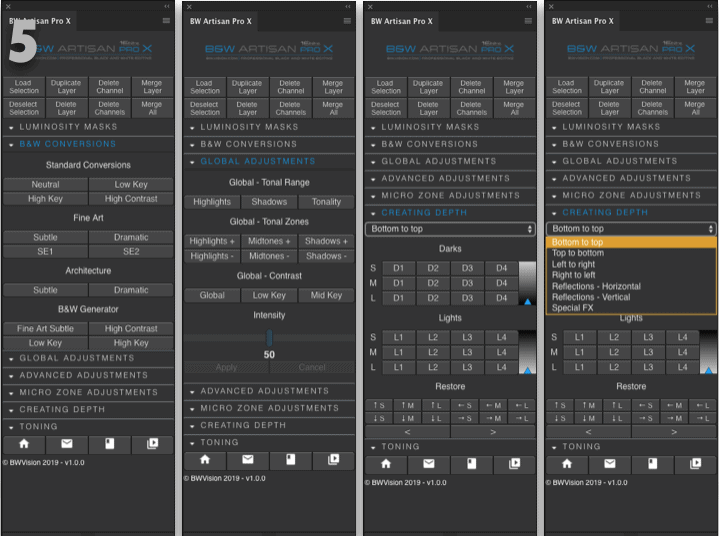 5. The processing can take place with any preferred manual method in Photoshop that you’re comfortable with, but the example in the video is processed with the new B&W Artisan Pro X panel. The panel is specifically designed to apply the principles of Figure-Contrast-Depth and to easily create the necessary dark-light transitions for creating depth in each plane and many other adjustments 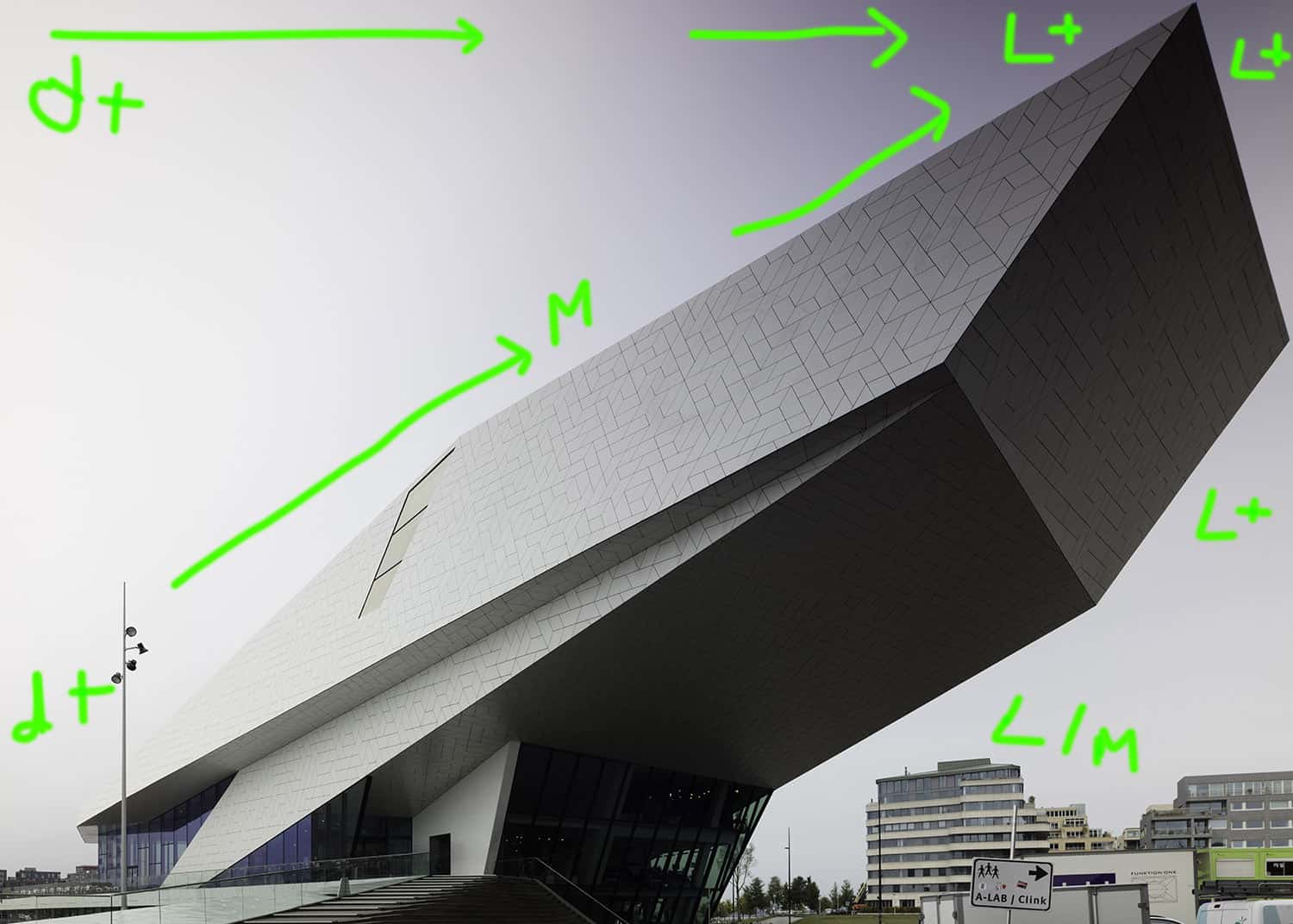 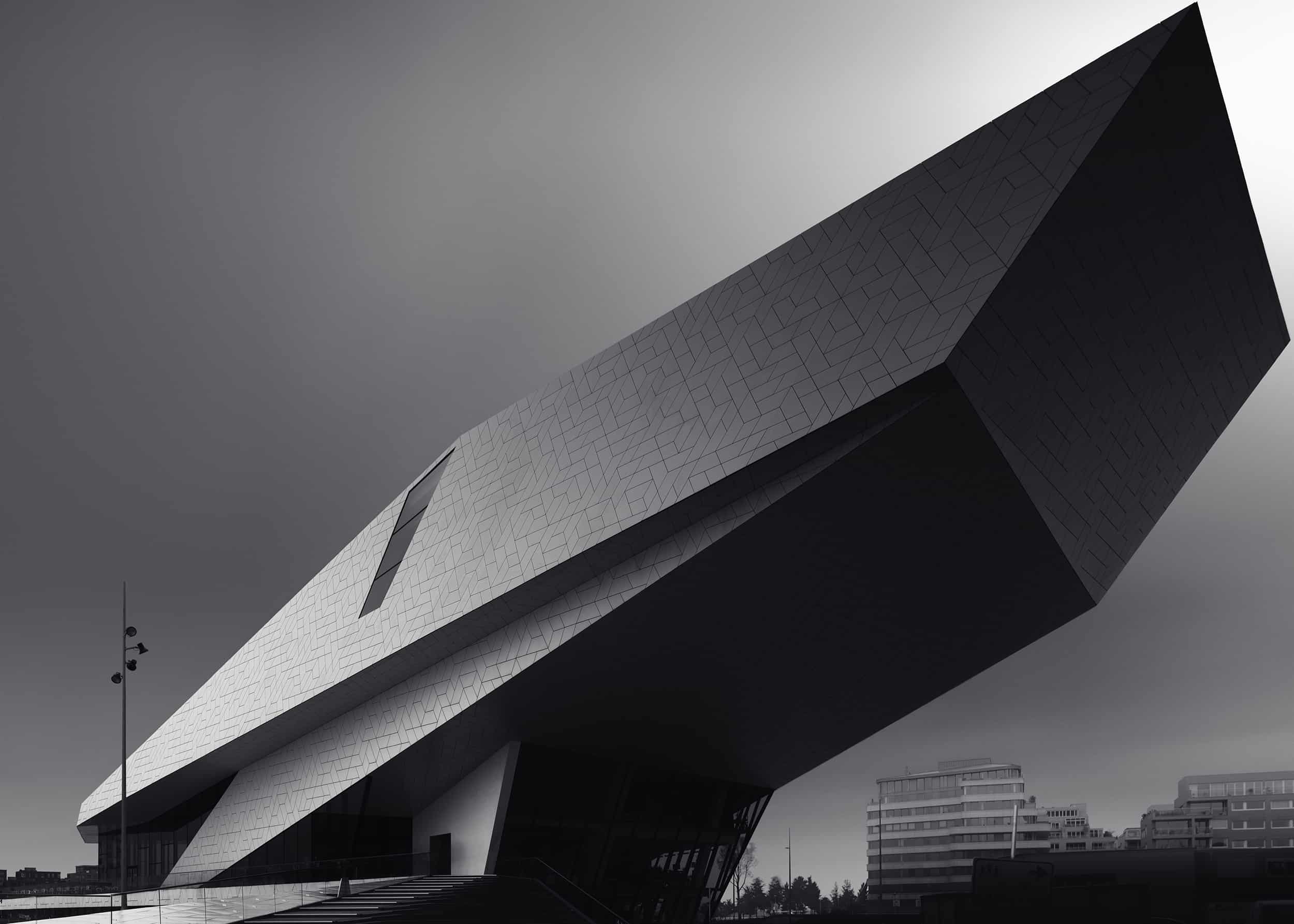 6. The final result in line with the visual roadmap, applied by the panel, where the ‘Figure’ is accentuated and has dimensional depth, by using selective contrast determined by strategically applied directions and transitions of light and dark so it will result in contrasting-edges and perceived depth. Also note the decreased contrast of the buildings in the ‘Ground’ for even more enhanced depth perception.

As this processing method of figure-contrast-depth in this form is my intellectual property, you can only use this for your own personal use, unless you refer to this article and author.

The video caption contains a 20% off discount code for a limited time only.

Note the following if you use the discount code, especially take note of the part in italics and how to apply the code. In any case, scroll down the page to click Order Now.